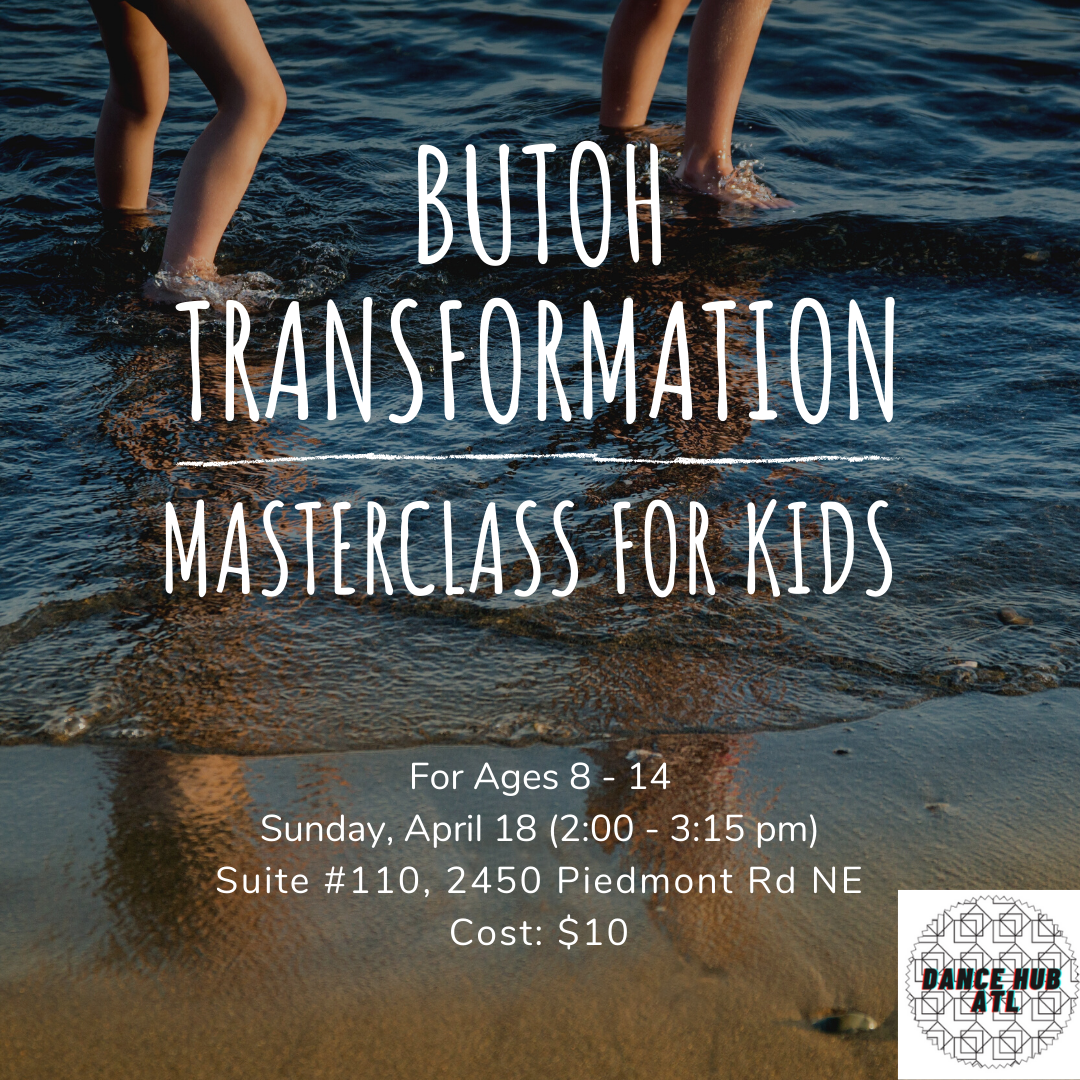 In this playful and unique class, participants will create their own choreography and build an original group performance by learning butoh-based skills in presence, imagery,

In this playful and unique class, participants will create their own choreography and build an original group performance by learning butoh-based skills in presence, imagery, breath, and movement by using a unique installation in the space as inspiration. The final performance takes place at 3:00pm. This workshop is ideal for artists and performers of all backgrounds and experience levels. Appropriate for ages 8 – 14 years.
What is Butoh?
Butoh is a form of theatrical dance that originated in Japan in the 1950s and 1960s. Its creation is credited to Tatsumi Hijikata (“the architect of butoh”) and Kazuo Ohno (“the soul of butoh”), who sought to create a different poetic and surreal choreographic language. Influences included German Expressionistic dance, Antonin Artaud, and European philosophy. By the 1980s, butoh spread around the world. While butoh defies categorization, it often incorporates the use of imagery to directly affect the nervous system and create qualities of movement.
COVID Guidelines: the space is large and well-ventilated. Hygiene and safety guidelines will be followed
Frankie Mulinix is a butoh- and text-based performance artist, emcee, producer, dramaturge, choreographer, director, and teacher. She works with actors and non-actors to develop skills in presence, voice, movement, and performance.
Frankie holds a BFA in Physical Theatre through Simon Fraser University, British Columbia and a Master’s in Occupational Therapy from the University of Queensland. Frankie has studied and performed butoh around the world, is Certified Teacher of Fitzmaurice Voicework®, and holds an Associate Performer Diploma (ATCL) with Trinity College, London. She is a member of the Voice and Speech Trainer’s Association (VASTA) and is a 2021 Hambidge Cross-Pollination Art Lab Fellow.
Her theatre company, Burning Bones Physical Theatre, launched its first two shows in 2020, a butoh-based production of One for the Road and Too Far for Comfort, an original devised butoh and text performance created for Zoom.

Vibrance: Centre for Voice and Movementcontact@vibrancecentre.com